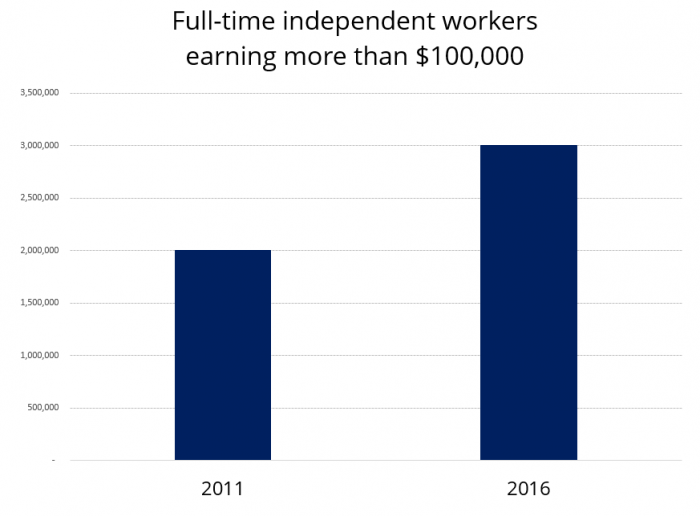 From Forbes, Elaine Pofeldt discusses a recent report that indicates that the number of independent workers who are earning more than $100,000 is increasing. Elaine writes:

The number of six-figure freelancers is rising dramatically, according to a new report by MBO Partners, a provider of back-office support to independent workers in Herndon, Va.

Even among the general pool of freelancers, 47% reported making more money on their own than in a traditional job. The average gross income of full-time independent workers jumped to $64,450 per year, up 30% since 2011, despite general wage stagnation for workers in traditional jobs, according to the study.

These findings about rising incomes are good news if you agree with the study’s projection that by 2021, between 46% and 48% of working adults will be doing independent work or will have done it in the past.

Read the full story at Want To Build A Six-Figure Freelance Business? Now Is Your Moment – Forbes