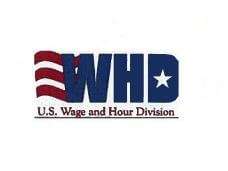 The US Department of Labor (DOL) issued a news release announcing that it entered into a settlement agreement with Long Island City plumbing and heating companies.  The DOL reports that the settlement includes recovery of $1.42 million in back wages and liquidated damages.  The news release states that in addition to overtime violations, the companies

“misclassified at least 25 employees as independent contractors, paying them a weekly salary that did not compensate the employees at time and one-half when employees worked beyond 40 hours in a workweek. The defendants also frequently paid many employees late, sometimes requiring workers to wait several weeks to be paid. Finally, they maintained incomplete and inaccurate payroll records.

“Hundreds of workers were denied their lawful pay when they were not paid promptly and correctly or were misclassified as independent contractors,” said Dr. David Weil, administrator for the Wage and Hour Division. “The misclassification of employees as independent contractors deprives workers of wages and benefits they are entitled to under the law, thereby hurting our economy. It also leads to unfair competition because businesses that play by the rules operate at a disadvantage to those that don’t.”

Under the terms of a consent judgment entered with the U.S. District Court for the Eastern District of New York, the defendants will pay the workers $710,000 in back wages covering the time period between September 2010 and April 2014, and an equal amount in liquidated damages. The judgment also includes enhanced compliance provisions that will commit the defendants to taking effective steps to improve their payroll recordkeeping, ensure that employees are paid on time each week, reclassify as employees those who were previously misclassified as independent contractors and properly pay them.

“Underpaying and misclassifying employees as independent contractors are illegal and unacceptable actions. The Labor Department will pursue all available legal measures to ensure that workers are properly classified and compensated for their work,” said Jeffrey Rogoff, regional Solicitor of Labor in New York. “If the defendants fail to adhere to the terms of the judgment, they could be subject to contempt sanctions by the Court.”…”

Read the full news release at WHD News Release: US Labor Department recovers more than $1.4M in back wages, damages for 300 employees of Long Island City plumbing and heating contractors [04/21/2015].