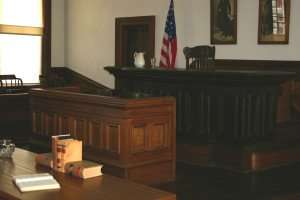 From JDSupra Business Advisor, Evan Mix of Sheppard Mullin Richter & Hampton writes about the Uber and Lyft decisions and how both courts acknowledged the difficulty of applying the current legal standards to the new models introduced by Uber and Lyft.  He writes:

“Both courts admittedly struggled to apply the traditional multifactor test to the Lyft and Uber business models, noting that some factors cut both ways while others were ambiguous.  For instance, while neither company controls when its drivers were on duty, both exercise significant control over drivers when they work through established qualifications, performance standards backed up by customer reviews, and the reservation of  the right to terminate drivers deemed subpar.  Further, although drivers are paid per ride, neither company allows drivers to set the rates charged.  Finally, while drivers provide their own cars, the courts determined that driving requires no specialized equipment or skill and is central to the companies’ business model.  Ultimately, both courts found summary judgment inappropriate because a reasonable jury could rule either way on facts material to the employee/contractor test.

Cognizant of the increasing difficulty in applying “California’s outmoded test for classifying workers” to on-demand business models like Uber and Lyft, the Lyft court suggested that the legislature intervene and create a “new category of worker altogether, requiring a different set of protections.”  While the court certainly touched upon a growing concern, companies that take the time to create and maintain independent contractor relationships that comply with applicable laws can protect themselves and prevail on independent contractor misclassification claims.

via Uber, Lyft Decisions Highlight Difficulty of Classifying Workers in the Modern Economy