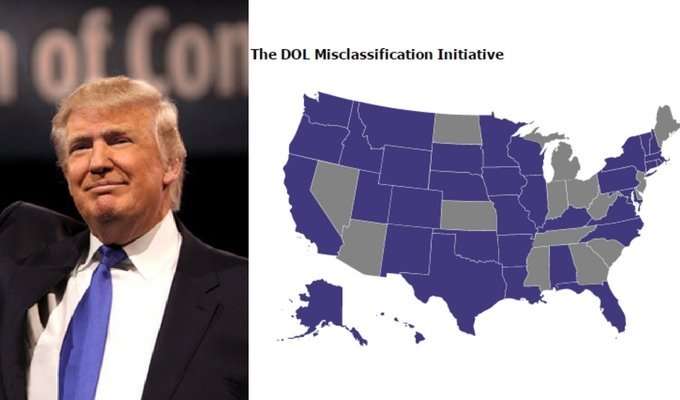 From Pepper Hamilton, Richard J. Reibstein writes about the effect of the election of Donald Trump on the Department of Labor (DOL) misclassification initiative.  Richard writes:

While it is likely that the DOL may dial down somewhat their enforcement efforts in this area when a Republican administration takes over the White House and appoints a new secretary of labor, there is no reason to expect that state labor departments will be any less aggressive in their efforts to crack down on IC misclassification. If anything, many state labor departments, especially those in states with Democratic party governors, are likely to double down on their enforcement efforts if they feel that the DOL is backing away from the joint enforcement initiatives begun under the Obama administration. Likewise, state legislatures will likely continue on their current path of passing legislation that curbs IC misclassification, particularly affecting those industries where IC misclassification is regarded as prevalent.

Companies using ICs to supplement their workforce or render services to their customers, should not view Donald Trump’s election as an opportunity to misclassify employees as ICs. Rather, such companies should expect the states to continue their crackdown on the misclassification of 1099ers and other types of ICs that legally should be treated as W-2 employees. Such businesses should also anticipate that plaintiffs’ class action lawyers will continue to target companies that fail to structure, document and implement their IC relationships in a manner that complies with applicable IC laws.