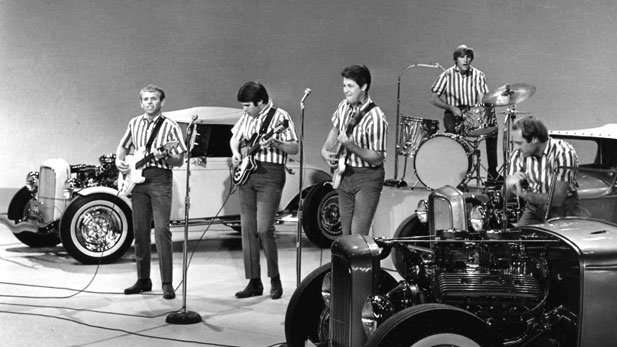 From Convergex, Nicolas Colas discusses the gig economy and shares some fascinating information about session musicians.  Nicolas reviews data on tax receipts from “Not Witheld” sourceds and concludes that gig economy is growing.  But he begins with a great story:

“Question: What do the following songs have in common?

The answer is that all these famous pop recordings were done by session musicians playing all the instrumentals – the people on the album covers supplied (most of) the voices and (sometimes) the song.  The Beach Boys used a group of L.A. musicians nicknamed “The Wrecking Crew”, as did spinoff act The Captain & Tenille.  In Motown, the “Funk Brothers” played on every Supremes hit you’ve ever heard of (“Stop! In the Name of Love”, “You Keep Me Hanging On”, and “Come See About Me”, for example) as well as early Stevie Wonder (“If You Really Love Me”) and the classic “What’s Goin’ On” by Marvin Gaye.  Go listen to any of these songs and you’ll quickly hear just how tight the band sounds – and then go look for subsequent concert performances on Youtube. Those are rarely anywhere near as good as the original.

Session musicians are the forgotten masters of early rock and R&B, even with their formidable talents.  Interviews with them now reveal that in many cases they knew their names weren’t going on albums.  So why did they do it?  The simple answer is that the work was reliable, paid well and – most importantly – was often during daytime hours.  Producers would call the session musicians they wanted for a particular recording, arrange the schedules and name-brand talent around when they were available, and feel grateful they got the best talent in the recording studio. The musicians got to pick and choose when and where to work and still be home for dinner with their families more often than not.

In short, these were good “Gigs” for highly talented musicians who didn’t want to spin the roulette wheel of fame. The origins of the word “gig” are cloudy, but from its earliest days (the 1920s) it has meant the same thing.  A gig is a short term job in the music industry– a concert, a tour, a recording session, or even busking on the subway….”

Read the full story at The Gig Economy: What is it and will it last?