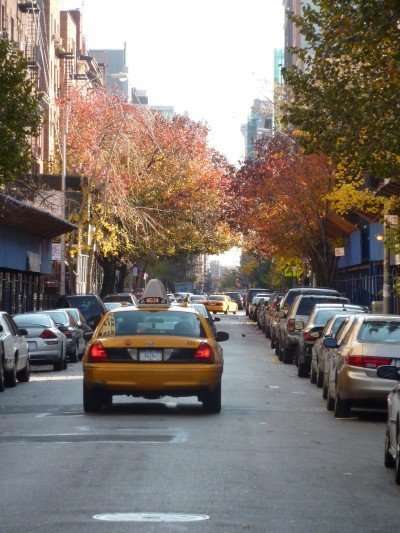 From the Boston Globe, the Editorial Board describes the problems with the regulation of the taxi business that made it susceptible to Uber and other ride sharing companies.  Taxis, and  the medallion system, protected cab drivers from competition until technology changed.  The editorial states:

“What has made the disruption caused by Uber and Lyft much more painful than necessary is the existence of the medallion system, a bad public policy that has boomeranged on the cab drivers that it once protected. The strike on Monday should be a message to policy makers to avoid creating such a cartel again, and to unwind those that exist now.

Medallions limit the number of vehicles that can pick up street hails in a municipality; they never expire, and can be sold. When cabs were the only practical choice for passengers, those medallions became a valuable commodity, and a huge barrier to competition. Anyone who wanted to enter the taxi business needed to either work for a medallion-holder, or save up money to buy a medallion themselves. Some cab drivers talk about their medallion as their nest egg — an asset they were expecting to sell when they retired.

Taxi drivers technically still have the privileges that come with a medallion — nobody else, including Uber, can pick up street hails. But smartphone apps have made that advantage almost irrelevant. Transportation is hardly the only sector that technology has upended. In a normal transition, taxi drivers could just become Uber or Lyft drivers. But that wouldn’t save the value of their medallion — the investment on which their future may depend.

The message to policy makers should be loud and clear. Employment shouldn’t be subject to arbitrary restrictions. The cap on medallions hurt consumers when cabs were the only game in town, limiting competition. Less obvious was how it put the medallion-owners themselves at risk too, making them uniquely vulnerable to change. The medallions also created a built-in political constituency against any change that might diminish their value, whether or not that change coincides with the public interest. When, and if, technological change puts the value of liquor licenses in jeopardy, will cities have to replay this drama all over again?…”

The Globe is absolutely correct that the regulation of taxis in Massachusetts is a problem.  Taxis have to be housed in the city and have to sign up for a radio dispatch service.  These requirements protect certain businesses and prevent competition. There may be legitimate public policy considerations such as protecting passengers but they do not include going so far as to protect certain ancillary businesses from competition.