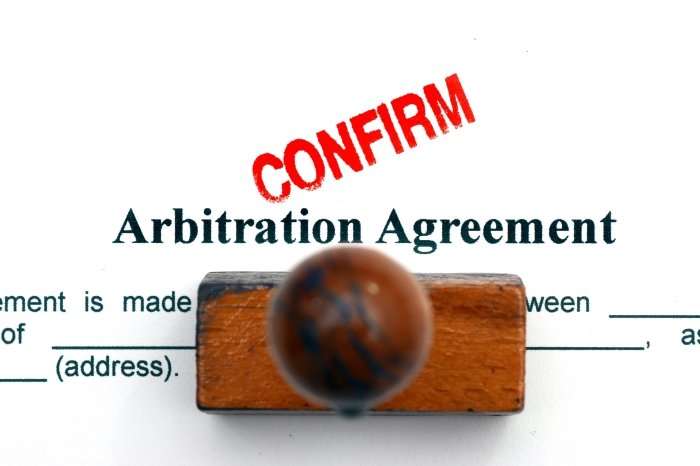 To demonstrate this point, I went back through the important cases from 2017. I found multiple instances where two cases with very similar facts received opposite results. And I am not talking about circuit splits over novel issues like the NLRB and “wholly groundless” exception. I am talking about issues like formation, waiver, and non-signatories, where the “rules” have ostensibly been settled for some time.

Whether a party has waived its contractual right to arbitrate is an issue that comes up regularly. Yet it remains surprisingly hard to predict whether a court will find waiver or not on any set of circumstances.

These two cases involve lenders bringing collection actions in state court for credit card debts. In both, they were granted a default judgment. And in both, the credit card holder later sued for problems with the collection efforts. In response to that suit, the lenders moved to compel arbitration. In one case, Cain v. Midland Funding, LLC, 156 A.3d 807 (Md. Mar. 24, 2017), the court denied the motion to compel, finding the lender had waived its rights. In the other, Hudson v. Citibank, 387 P.3d 42 (Alaska Dec. 16, 2016), the court granted the motion to compel, finding the lender did not waive its rights. In both cases, the analysis turned on whether the default action and later action were sufficiently related.

All of us do more and more of our business over mobile devices and the internet, where we don’t physically sign our name to contracts, and in fact we generally don’t read the terms and conditions. That leads to hard legal questions over when a contract is validly formed and what terms the parties agreed to.

In these two cases, consumers have little or no choice between providers. In order to sign up for the service, they receive one message. In the first case, the message is “your account…[is] governed by the terms of use at [defendant’s website].” In the second case, the message is “by creating an [] account, you agree to the TERMS OF SERVICE & PRIVACY POLICY.” The consumers did not have to take any affirmative act to consent to the terms other than proceeding to set up their account. In both cases, consumers later sued the provider and the providers moved to compel arbitration based on the terms available at their websites. The consumers responded by arguing the parties had not validly formed any arbitration agreement.

In the first case, the provider was not successful in compelling arbitration. James v. Global Tellink Corp., 852 F.3d 262 (3d Cir. Mar. 29, 2017). In the second case, the provider was successful in compelling arbitration. Meyer v. Uber Technologies, Inc., 868 F.3d 66 (2d Cir. Aug. 17, 2017). Can it be that the wording difference between “your account.. is governed” and “by creating an account, you agree” explains the outcomes? Or the fact that the consumers in the Uber case could have just clicked on the terms from the same device they were using to set up the account, while the prisoners in the first case would have had to hang up their telephones, find a computer and find the website? The cases really give us no assistance in figuring that out.

Read the full story at Tale of Two Arbitrations: Demonstrating The FAA In Flux