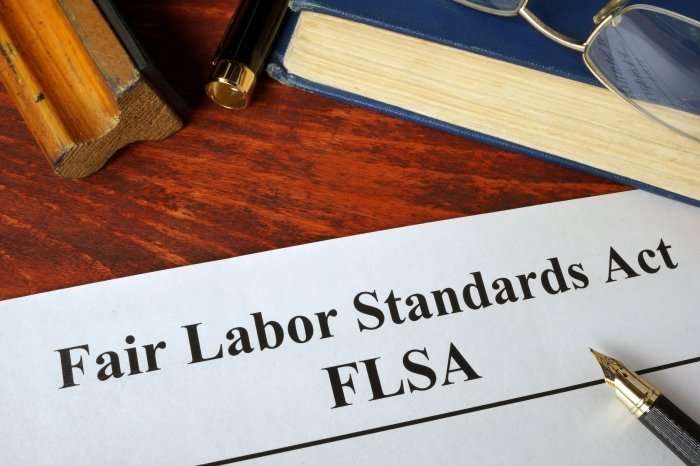 From Lexology, Cullen E. Jones and Robert T. Quakenboss discuss a recent court case in which the court said that Fair Labor Standards Act (FLSA) does not prohibit the use of arbitration agreements with class action waiverers. The write:

The named plaintiff in Kelly Services was a call center worker who brought suit on behalf of himself and his co-workers (over 1,600 ultimately opted-in to the action) seeking back pay and liquidated damages under the collective action provision of the FLSA. While the named plaintiff did not sign an arbitration agreement, about half of the opt-ins did. And those agreements provided that individual arbitration is the “only forum” for employment claims, including wage and hour claims. Naturally, the employer moved to compel individual arbitration under the FAA. The district court found that the arbitration agreements violated the NLRA and FLSA and refused to enforce them. The employer appealed.

While on appeal, the Supreme Court rendered its decision in Epic Systems. The Sixth Circuit relied on Epic Systems in determining that plaintiffs’ NLRA-based challenge to the arbitration agreements was unavailing. The Sixth Circuit then turned to the plaintiffs’ FLSA-based contentions and held that nothing in the FLSA made it exempt from the Epic Systems holding. Indeed, the Court noted the FLSA “gives employees the option to bring their claims together. It does not require employees to vindicate their rights in a collective action, and it does not say that agreements requiring one-on-one arbitration become a nullity if an employee decides that he wants to sue collectively after signing one.” Thus, the Sixth Circuit remanded the case to the district court to enforce the agreements.