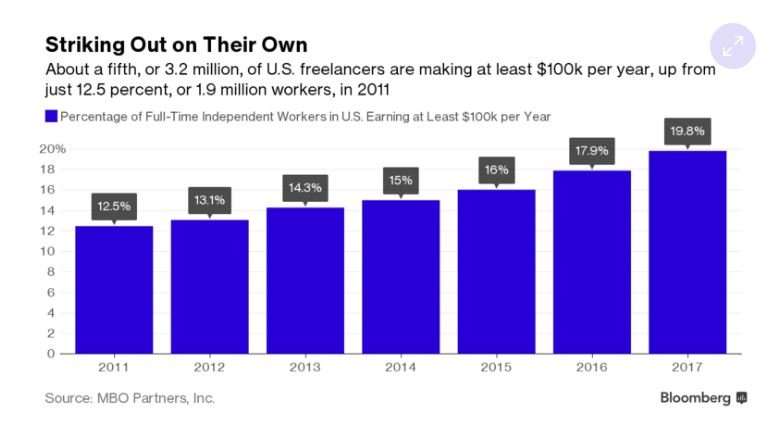 While the number of self-employed Americans working at least 15 hours per week on a consulting, freelance, contract, or on-call basis fell this year by 700,000 to 16.2 million, the portion of those independent workers earning over $100,000 per year hit a new high, jumping 4.9 percent to 3.2 million, according to an annual survey released Tuesday by MBO Partners, Inc., a Virginia-based group which provides business services to independent contractors. The share of so-called “high-earning independents” is up over 60 percent in figures going back to 2011.

Expensive consultants are nothing new, and natural earnings inflation has helped to push a rising share over the $100,000 threshold. But the increase is also being fueled by growing demand among employers for workers on a project-by-project basis, said MBO Partners’ founder and chief executive officer Gene Zaino.

Independent workers with specialized skills in fields such as engineering and computer science are having little trouble finding clients as companies compete for talent in a tightening labor market, he said.