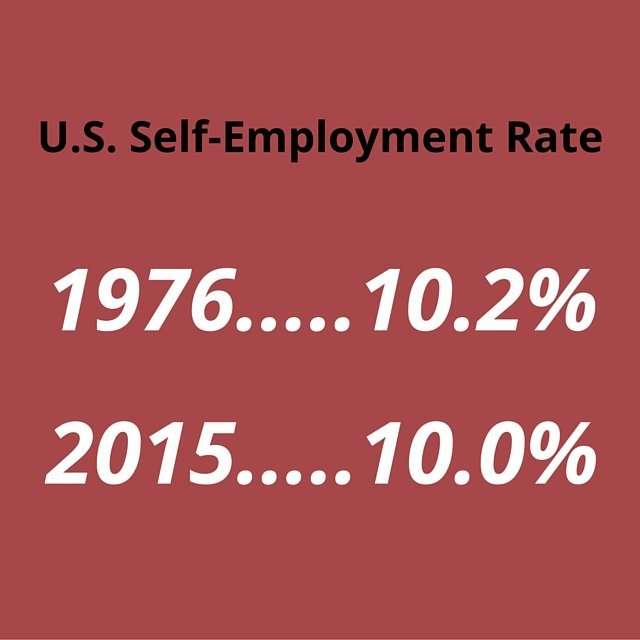 The Pew Research Center reports that the rate of self-employment in the U.S. has held remarkably steady for the past several decades. The report states: