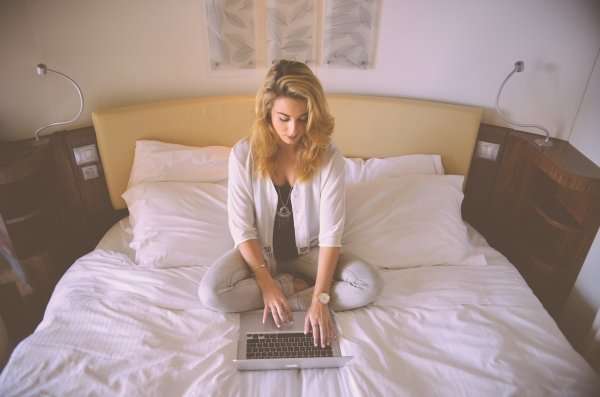 Those who believe we are headed to a future of contract-based careers like Guse’s cite surveys finding that 53 million Americans do some freelance work today, or the fact that staffing companies have seen a growth in revenue. Companies that operate online marketplaces for freelancers include Upwork, TaskRabbit, Uber, and Amazon Home Services. Many others, from Skype to Slack, facilitate remote work and help contractors run their businesses.

The number of self-employed Americans, as tracked by the government, actually “hasn’t moved in two decades,” says Lawrence Mishel, president of the Economic Policy Institute. As a percentage of total employment, it has dropped. Depending on whether you include part-time workers, the self-employed, and others, the size of the U.S. contingent workforce is either as small as less than 5 percent of the total or as large as 33 percent.

And while those people have more flexibility and may be able to access a broader range of work in today’s digital economy, there are downsides as well. A recent study of the contingent workforce by the U.S. Government Accountability Office listed lower satisfaction and earnings, fewer protections and benefits, and job instability as some of the disadvantages freelance workers face. Workers’ advocates worry that employers will take advantage of the growing digital freelance infrastructure to shift more work off the payroll and more risk onto workers.

These online freelance marketplaces are a global clearinghouse for workers. James Manyika, a director of the research arm of the consulting firm McKinsey, says they could help find work for the 30 to 45 percent of the working-age population worldwide (200 million people) currently either not active at all in the workforce, unemployed, or working part time…