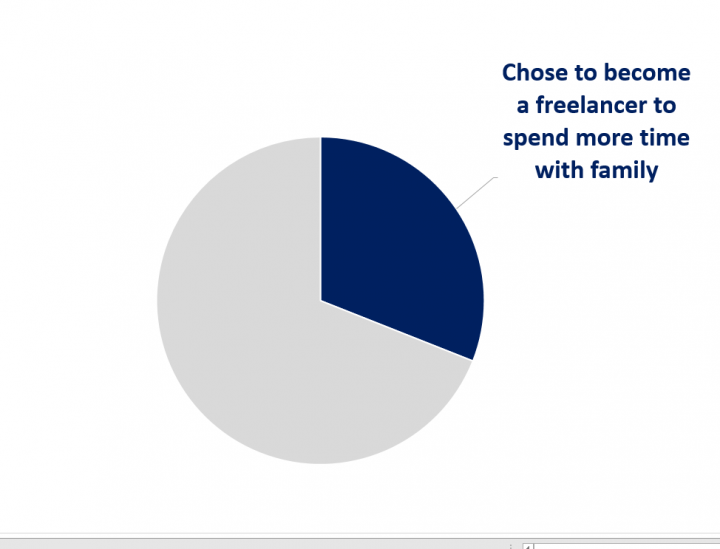 From Techco, Diogo Costa reports on a survey by Toptal that found that nearly one-third of freelancers chose to be independent in order to spend more time with their families.  In addition, Diogo writes:

The vast majority of freelancers (95 percent) say they feel more productive when they work from home, and 93 percent enjoy the flexibility of their lifestyle; however, 7 percent miss the office environment and the inherent social interaction. Despite not having an office environment, 42 percent of the surveyed freelancers say they work during regular office hours, from 9 AM to 5 PM.

Curiously enough, even though the majority of freelancers do not miss the office environment and 31 percent turned to freelance work because of their kids, 77 percent of the surveyed people with children think that social interaction at schoolis important for their kids – even though they do not work in a social environment.