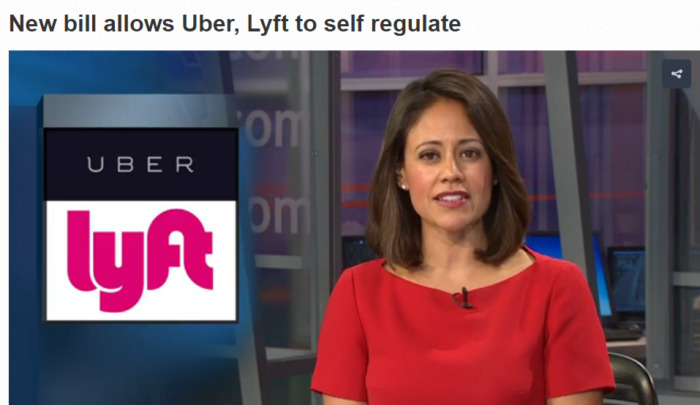 WFAA reports that new legislation in Texas that prevents cities from regulating Uber or Lyft and classifies drivers as independent contractors.  WFAA reports:

Effective immediately, the City of Dallas and other cities such as Austin and Houston can no longer regulate Uber or Lyft or any ride share company operating in their city limits.

Governor Abbott Monday signed House Bill 100 into law which allows Uber and Lyft to self-regulate. It’s now up to ride share companies to make sure their drivers undergo annual criminal background checks and that their vehicles pass state safety inspections.

Again, all city regulations are no longer in effect. Fort Worth city officials have already passed an ordinance allowing ride share companies to self-regulate.

The new law does require ride share companies to obtain a permit from the state. But the new law does not assign enforcement duties to any particular agency or entity.

The law also includes language that allows drivers to be categorized as “independent contractors.”

Dallas attorney Charla Aldous represents a University Park woman who was rendered a quadriplegic after her Uber driver allegedly ran a red light and was struck by another vehicle.

Governor Greg Abbott issued a statement Monday saying, “my goal as Governor is to remove the barriers of government to encourage competition and empower consumers to choose.” Abbott adds, “this bill increases economic liberty while still ensuring customer safety.”