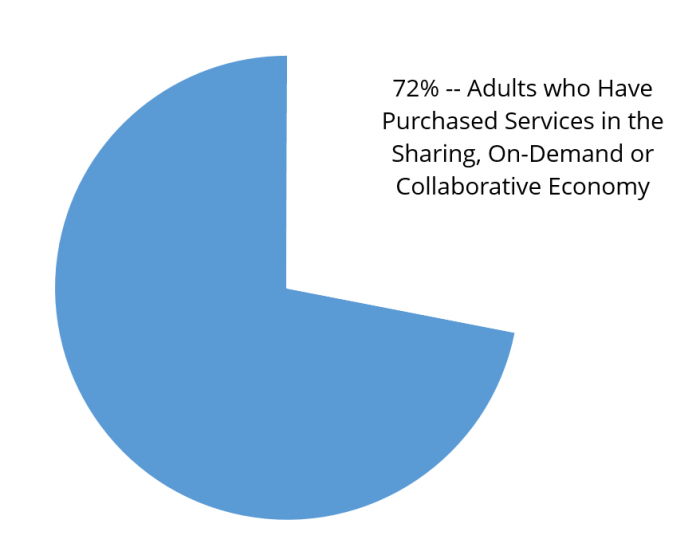 From Forbes, Elaine Pofeldt shares the results of a Pew Research Center Study that showed that 72% of adults in the United States have purchased services in the gig economy. Elaine writes:

But the survey shows wide disparities among who is using the services, which often cater to populations in major cities who have disposable income. Americans with six-figure household incomes and college degrees, as well as younger adults, are much more likely to use the services than the general population.