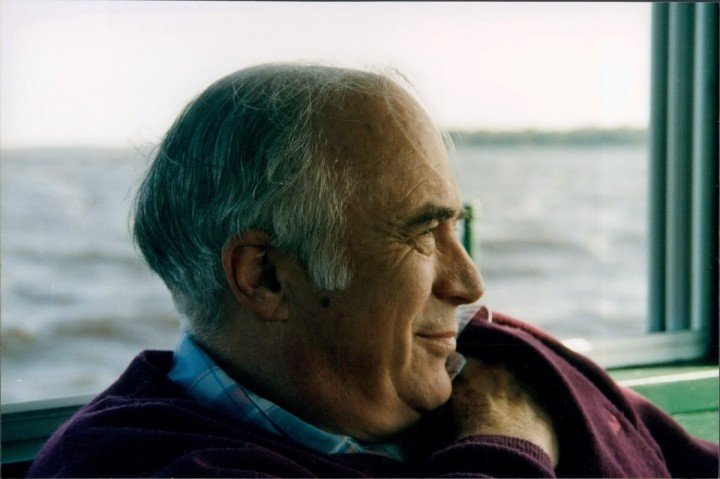 On Fathers’ Day, I think about my dad, Jerry Gibson.   My dad was many things over the course of his lifetime; he started a minister in the Methodist Church, went to work for Harvard University, bought and ran several small businesses, and started his own business.

My dad attend Boston University School of Theology and was a minister at a church in Waterbury, Connecticut, at Memorial Church at Harvard and at Harvard Epworth United Methodist Church.  While it is possible to be an ordained minister and an independent contractor, Alford v. US, 116 F3rd 334, (8th Cir. 1997), my dad was an employee.  When he left the ministry, he went to work as an employee at Harvard University.  He started in the Admissions Office and became the Director of the Office of Fiscal Services.  He became a recognized expert on student financial aid and, in addition to working for Harvard, was a consultant.  I remember he went to Indonesia to help the government there develop a student financial aid program.  As a consultant, he was an independent contractor.

While working at Harvard, he borrowed money and bought several small businesses on Cape Cod.  The most successful business is Gibson Cottages which my brother and his wife now run and where my mother lives.

He also bought two motels, Parkside and Dennis Bayside; a laundromat, Village Laundromat, in Orleans; part of a shopping center and part of a condominium complex in Orleans.  Unfortunately, the laundromat was closed because it generated too much waste water and there wasn’t an economical way to dispose of the waste water in Orleans at the time.  The condominium project, one of the first condominium projects on the outer Cape, was doomed with construction issues and lawsuits.  The businesses were all great places for my siblings and I to work and learn about small businesses.

At Harvard, he helped to develop a software program that handled student loans.  It kept track of when students were in school and not responsible for making payments, and when they graduated and then were required to start making payments 6 months after they graduated. He saw a need in the market and left Harvard and started his own company that serviced student loans for banks and other financial institutions.  My sister and brother were the first employees and his office was on the second floor of a two family house in Belmont.  He grew the company to more than 100 employees and then sold it 1991 and retired to the outer Cape.  He continued to run the cottages and bought a store that rented videos.  My dad loved to watch movies and ran the store during his retirement until it closed.

I learned a lot from my dad.  I have written in another post about his grit, perseverance and creative problem solving.  He tried many things; somethings worked out well; other didn’t, but he kept at it.  He didn’t give up.  He was an employee sometimes and an independent contractor sometimes.  He was an entrepreneur who ran many small businesses. I learned how to run a small business and how important customer service is.  I think I got my perseverance from him and some of my problem solving skills.  And on this Fathers’ Day, I miss him.