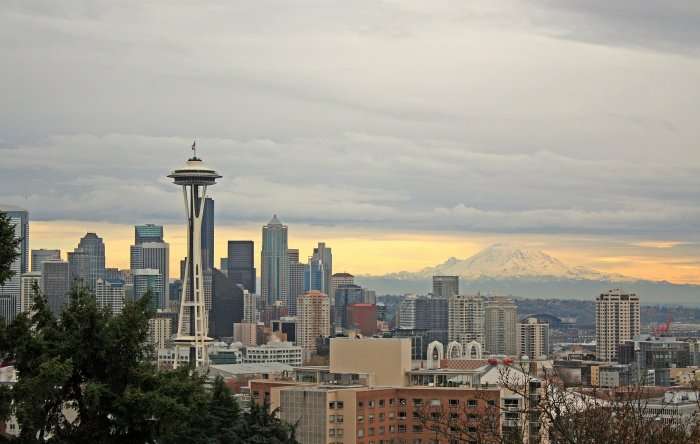 Seattle’s first-of-its-kind unionization law for drivers of services like Uber and Lyft got a big win in court Tuesday when a federal judge dismissed a lawsuit brought against the controversial ordinance by the U.S. Chamber of Commerce.

However, it’s not all good news for the city, as U.S. District Judge Robert Lasnik left in place an injunction that stops the city from implementing the law because another lawsuit against it remains ongoing. In a statement, Uber General Manager for the Pacific Northwest Brooke Steger said Uber plans to appeal the ruling.

“The Court’s decision ignores the serious legal challenges raised in this case about an ordinance that will turn back the clock in Seattle,” Steger said in a statement. “If this ruling is allowed to stand, those most adversely affected will unfortunately be thousands of drivers. Access to safe, reliable and affordable transportation will also be threatened for hundreds of thousands of riders. This ordinance was never about benefiting drivers or the community but really about helping Teamsters and protecting taxi companies. We intend to appeal this decision to the 9th Circuit.”

The chamber also issued a statement following the ruling: “We are reviewing the opinion and exploring all options for further review,” the organization said. “The City’s unlawful ordinance would stifle innovation and undermine economic growth. We continue to believe it should not be allowed to take effect.”

The law, passed last year, gives drivers the ability to band together to negotiate pay rates and employment conditions, among other conditions. The law lets organizations that want to represent drivers get contact information from the ride-hailing companies to reach out to drivers and try and drum up support for collective bargaining.

Currently, these drivers are considered independent contractors and are not protected by traditional labor standards — including Seattle’s $15 per hour minimum wage law. They also do not have collective bargaining rights covered by the National Labor Relations Act.

The landmark has withstood several legal challenges since it was passed in 2015, including a previous suit by the U.S. chamber. The chamber originally sued the city in March 2016, representing Uber and Eastside for Hire, but a federal judge threw out the complaint in August, coming to the conclusion that it was impossible to litigate any outcomes of the law because it was not yet in effect. The chamber refiled its complaint in March.