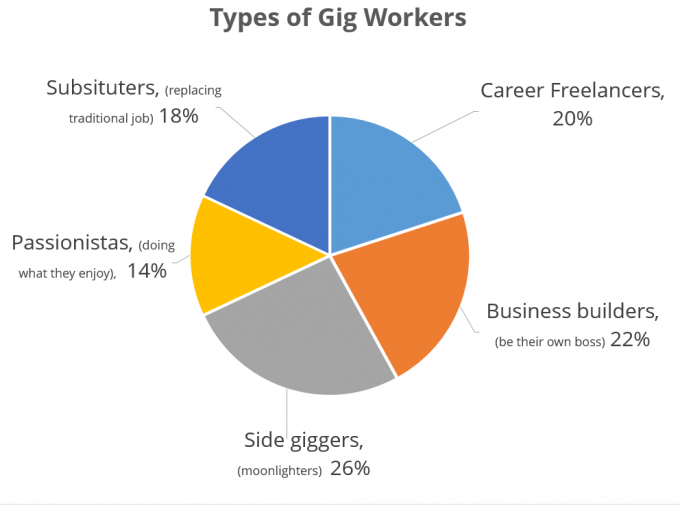 From Forbes, Elaine Pofeldt provides another excellent article on the gig economy.  I highly recommend that you should follow her.  She discusses a recent survey that attempts to find how how satisfied gig workers are.  It turns out that why a person is doing gig work determines how satisfied they are with it.  Elaine writes:

Satisfaction with the on-demand platforms varied widely among these groups. It was very high among career freelancers (82%) and business builders (83%). But it dipped significantly among side giggers (65%) and passionistas, (61%)–and fewer than half of the substitutors–47%–said they were satisfied. Why these gaps exist wasn’t clear. If you’re part of the on-demand economy or a close observer, I’d be interested in your thoughts on this.

It’s worth noting that most of these workers participate in the on-demand economy part-time–even though they put in full-time hours when you add up all of their lines of work. The average worker in the on-demand economy logs 40.4 hours per week and relies on three different sources of income, including a traditional full or part-time job (30%), contracting and consulting (19%) and running a business (14%), the survey found.