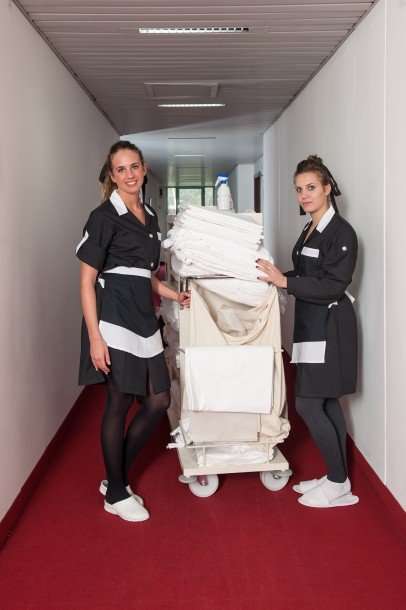 From Hotel Management, Lara Shortz discusses the Administrator’s Interpretation of the classification of workers as employees or independent contractors and applies the Interpretation to hotels and their workers.

Unfortunately for hotel owners and operators, the DOL’s guidance sets the bar extremely high for what constitutes a hotel independent contractor, and may potentially be detrimental for outsourcing practices. In light of the DOL’s interpretation, owners/managers should look at the following in determining if their outsourcing practices are compliant:

Is the Work Integral to a Hotel’s Business?

The DOL is casting a wide net, and saying that independent contractors are a rare category of workers and cannot include individuals who are an integral part of a hotel’s business. Additionally, whether or not the work is performed off site or away from the hotel’s premises has no impact on the analysis. This could greatly factor into the ability to outsource departments such as housekeeping and IT (reservations) that would be considered integral to the hotel’s operations.

Is the Worker’s Relationship with the Hotel Temporary or Permanent?

If the worker is not completing a one-off job, the chance that he or she will be considered an employee under the FLSA increases significantly. Most of the outsourced departments are not performing one-off jobs. Though a valet parking attendant hired only for a particular event would be considered temporary, an attendant who parks regular hotel guests’ cars or one who routinely works events hosted at the hotel would likely be classified as an employee.

What Degree of Control Does the Hotel Have over the Worker?

A hotel’s lack of direct supervision will not necessarily be determinative of classification, but is a consideration. If a worker controls his own schedule, duties, hours, etc., he or she may be more apt to be considered an independent contractor. Of course, many of the commonly outsourced departments are operating on schedules based specifically on the needs of the property – housekeeping, security, valet and groundskeeping schedules are timed specifically in conjunction with the hotel’s needs.

Now Is the Time to Review Your Worker Classifications

Certain jurisdictions focus much of the classification determination on control. However, many of the aforementioned departments do not actually operate outside the control of the property. Departments that can be outsourced effectively may include security, spa and food and beverage…