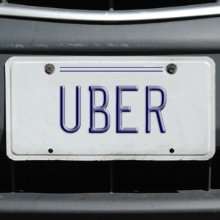 “In each case, the injured worker can’t turn to the platform for a dime of help. As much as workers like Omar may think of themselves as employees of peer-to-peer marketplaces like Uber, Lyft, TaskRabbit, Instacart, Postmates or Homejoy, they’re not, legally speaking. Companies are under no obligation to provide the same worker protections for independent contractors as they are for employees — protections like overtime, paid sick days, health insurance and workers’ compensation.

Two damaged teeth, one surgery and a week-long hospital stay later, Omar, who didn’t want to include his last name, is stuck with sky-high medical bills and limited options. His only source of income is driving for Uber’s high-end Black and SUV platforms — the Los Angeles police investigative report even lists his occupation as “Uber driver.” He believes Uber should help pay for some of his bills — after all, he was hurt while on the job, earning Uber commission money.

But as an independent contractor, just like almost all workers in the sharing economy, Omar isn’t entitled to workers’ compensation, which is designed to pay for work-related injuries and lost wages. To make matters worse, he doesn’t have his own health insurance, despite the Affordable Care Act’s individual mandate.

Unlike employees, independent contractors are largely free to set their own hours, pick their own clients and control other aspects of their work. In exchange, if they get hurt while working, whatever the reason, they’re on their own. Some sharing-economy workers are experienced freelancers, but many — like Omar — have never before relied on contract work for their full-time income, and they may not realize the full stakes of the tradeoff.

“They don’t have to show up to work on Monday at 9 a.m. if they don’t want to,” said Nick Woodfield, an attorney with the Employment Law Group. “What they’re not understanding is that this lack of control — where they can have a two-hour lunch if they want, or no lunch at all — that freedom comes at the price of if they’re in an accident, the company doesn’t have to pay.”…”

Read the full story at What Happens To Uber Drivers And Other Sharing Economy Workers Injured On The Job?.