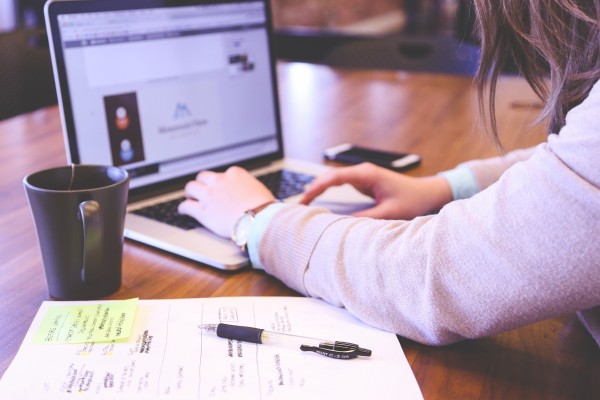 From the Memphis Daily News, Lance Wiedower reports on the increase in jobs where workers can work remotely.  He writes:

In its 2015 list of the top 100 companies to watch for remote jobs, FlexJobs looked at the job-posting histories of more than 30,000 companies last year. The report, released in January, revealed a 26 percent increase in the number of remote jobs posted, hinting that the option to work from home is becoming more widely accepted in the broader economy.

The trend of companies allowing more employees to work partially or even 100 percent remotely is expected to grow as technology advances. That, along with corporate downsizing from the 2008 recession, is playing a role in what could become a decreased need for office space.

Bryan Evans, vice president at NAI Saig Co., said he is seeing trends of downsizing in some sectors and growth in others. He didn’t point to any one reason, but it is clear the office real estate blueprint is being tweaked.

“I have seen a healthy mixture of owner/users searching through the East, Northeast and 385 office corridors, looking at options to downsize,” he said. “But I’ve also seen other companies in the medical industry beginning to expand operations and looking for a larger footprint.”

There is also the freelance economy – otherwise known as the 1099 economy, the on-demand economy or even the sharing economy.

A 2015 report from nonprofit organization Freelancers Union and Elance-oDesk Inc., a company that provides platforms for freelancers to find work, revealed that 53 million Americans qualify as freelancers. Some 34 percent of U.S. workers lists themselves as independent contractors.
Of the more than 1,000 American workers surveyed, 60 percent of them said they received 25 percent or more of their income from freelance work.

What those freelance workers call an office ranges from the home to the neighborhood coffee shop, library or even a hotel room while on vacation. Workers who gravitate to the freelance work style also tend to have their own unique makeup.

“Freelancing is growing because people are recognizing their own power, and if used correctly, they’ll be invincible,” said Lisa Mac, who started the co-work space Studio688 in Memphis earlier this year. “I’m an artist, and if I was put in a 9-to-5 box being under someone’s thumb, it would be detrimental to my creative brain. People being able to do their own thing online, it empowers them to be able to work on their own. I’ve noticed with writers, it’s difficult to work under someone’s direction. The way we work … we don’t leave our bed all day. We have our laptops with us working all day.”..