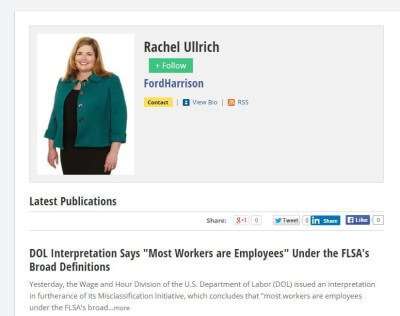 While no single factor is determinative, the DOL emphasized that the “control factor” should not be given undue weight. Ultimately, according to the DOL, the “factors should be considered in totality to determine whether a worker is economically dependent on the employer, and thus an employee.” If the worker is in business for him or herself, and not economically dependent on the employer, then he or she is an independent contractor….”