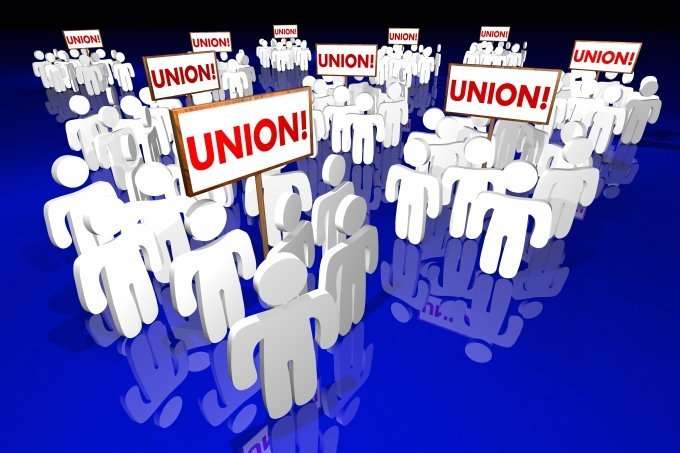 From openDemocracyUK, Mark Graham and Alex Wood discuss how the world of work is being transformed by the internet and how workers from across the globe can offer their services to companies in need of them.  Workers from different countries may bid for jobs and undercut others.  They suggest co-ops and unions as a way for geographically separate workers work together.  They write:

Others might look to digital unions or looser forms of networks as ways to build a sense of solidarity between digital workers. One explicit role for a digital workers’ union could be building a class consciousness amongst workers, even those at opposite ends of the globe. Such work would need to highlight the precariousness of much of the digital work that is out there. In this effort, it’s worth turning to Gina Neff’s work on this so-called ‘venture labour’, who pinpoints that this notable absence of class consciousness is characterised by “explicit expression of entrepreneurial values by non-entrepreneurs”. This cannot be allowed to become the norm. Organising efforts should instead use those very digital forms of communication to highlight the fact that workers are receiving all of the risks of entrepreneurship, but few of the rewards.

These strategies for cooperative forms of organising do not guarantee to resolve the problems of the global digital workforce. But they present a promising starting point; an alternative vision for what digital labour should look like. As thousands of people join the internet every day, many of whom are hungrily looking for work, we need to creatively think about how best to use digital tools for collaboration amongst workers instead of competition between them. Our digital tools are new, the forms of work that they mediate are new, and many of the challenges they raise are new.