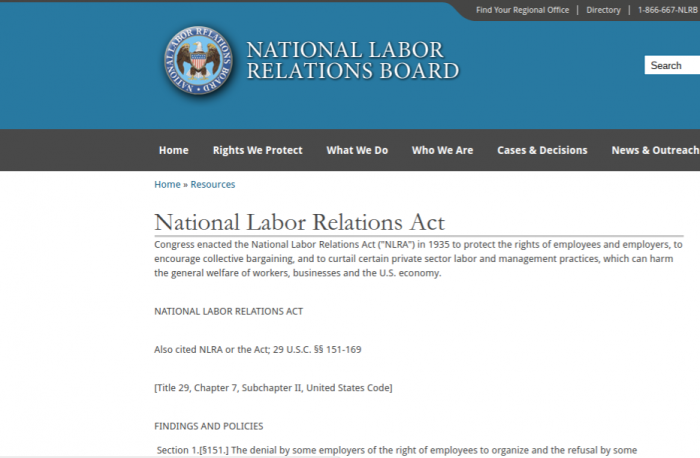 From Lexology, Brennan W. Bolt discusses a case in which a worker classified who was classified as an independent contractor alleges an unfair labor practice by having the worker sign a waiver of the right to collectively pursue claims in all forums, judicial and arbitral.  This is another case in a series of cases with a relatively new approach that challenges arbitration agreements on the theory that they limit a worker’s right to organize — rights protected by the National Labor Relations Board (NLRB).  Brennna writes:

Judge James C. Dever, III of the Eastern District of North Carolina entered an order in NLRB v. Raleigh Restaurant Concepts, Inc., Case No. 5-15-CV-438-D (Aug. 12, 2016), enforcing a subpoena duces tecum issued by the NLRB in connection with its investigation of an unfair labor practice charge filed by an independent contractor alleging that Raleigh Restaurant Concepts unlawfully enforced a contractual waiver of the right to collectively pursue her claims in all forums, judicial and arbitral. The charge was filed by the exotic dancer after a court ordered her to arbitrate her Fair Labor Standards Act and North Carolina Wage and Hour Act claims in which she claims that she and other entertainers were misclassified as “independent contractors” as opposed to “employees.”

the court found that the NLRB had jurisdiction to investigate the allegations because the Fourth Circuit had yet to decide whether a mandatory class-action waiver in an arbitration agreement violates the NLRA and that other federal circuits had reached conflicting conclusions.