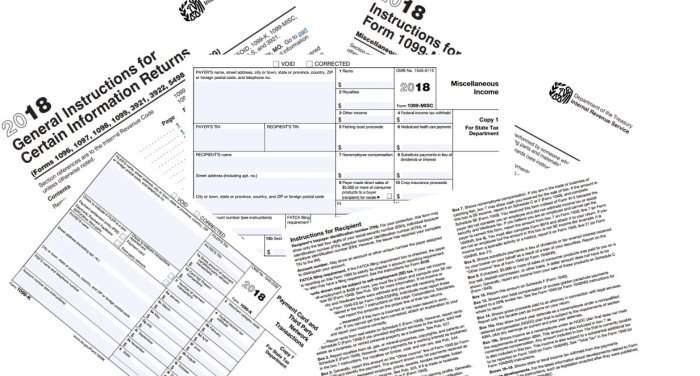 From The Conversation, Caroline Bruckner discusses a problem for independent contractors:  firms who pay them are not required to issue form 1099 in many instances.  Caroline observes that the problem could have been addressed in the recent tax legislation. Caroline writes:

Like all businesses, the companies, in what is sometimes called the “sharing economy,” must issue these forms to their independent contractors who earn at least US$600 in a single year. But the government doesn’t mandate this paperwork for earnings tied to payments made with credit or debit cards. For that income, the threshold for mandatory 1099s jumps from $600 to $20,000. In addition, these workers must have been paid for at least 200 transactions during the year.

Because most gig workers get paid with credit and debit cards or apps linked to those accounts, they get snared in this loophole. An overwhelming majority – 88 percent – of the ones I surveyed earned less than $15,000 from this kind of work. Other studies have found that at least 85 percent of gig workers make less than $500 per month.

To be sure, some platform companies choose to embrace lower thresholds. For example, Lyft now has a policy to send all drivers who earn at least $600 from rides a 1099.

And a few states, including Massachussetts and Vermont, have mandated this approach for all platforms.

But not all companies are moving in the right direction.

Until this year, Uber had always sent every driver a 1099. But the ride-share company recently told its drivers not to expect this paperwork unless they make more than $20,000and have 200 transactions from trips booked through the company’s app.

And while this was always how companies like Airbnb and TaskRabbit operated, it can create costly hassles for workers who may not be able to afford an accountant and struggle to comply with the IRS’ rules.

Anyone who doesn’t get forms indicating how much taxable income they earned risks underpaying. IRS data show that 63 percent of the taxpayers who are not subject to withholding by their employers or don’t get 1099s misreport income, often unintentionally.

When quarterly or annual errors surface, unsuspecting delinquent taxpayers may incur penalties and owe interest. They also miss out on claiming the deductions and credits they may have otherwise been entitled to, which would have cut their tax bill. Often, taxpayers may not realize that they owe taxes on income for work that doesn’t generate any IRS paperwork.

That can prove costly. Although Americans who don’t pay their taxes can avoid punishment if they owe less than $1,000, the IRS charges as much as 4 percent in interest every quarteron the amount others underpay as a penalty.

The gig economy’s growth may help explain why the number of penalties the IRS levied between 2007 and 2016 spiked from 7.5 million to nearly 10 million without a big crackdown.