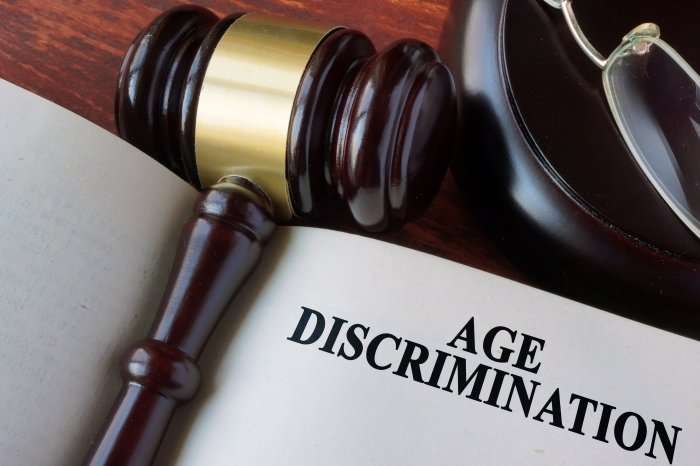 While millions of Americans work as contractors, consultants for temp agencies and in other contingent or freelance positions, the discrimination protections regarding age, gender, race, disability and so on don’t apply to them. For age discrimination, the protections enjoyed by employees kick in at 40 and above.

Roughly 14 percent of American workers, or 21 million people, described themselves as independent contractors or working in contingent or temporary assignments, as on-call or temporary-help staff or in other alternative employment arrangements, said the Bureau of Labor Statistics in a survey released in June.

About half those people are independent contractors, and some of the rest also likely would lack the anti-discrimination protections enjoyed by employees, though the survey wasn’t conducted to measure that.

Other studies suggest the contingent workforce could be much larger, such as a study this year by California-based Staffing Industry Analysts, which estimated 44 million Americans, around 29 percent of the workforce, recently held these types of job.

Jodi Bohr, an employment-law attorney at Gallagher & Kennedy in Phoenix, said she thinks most contractors realize they’re not employees, though they might not recognize all the legal implications.

“When you enter into an employment relationship, or any relationship, you’re probably not thinking of what could go wrong and the protections you might or might not have,” she said.

The U.S. Equal Employment Opportunity Commission notes that the anti-discrimination laws that it enforces don’t apply to independent contractors, as well as those working for employment agencies and in various other situations.

Protections also may depend on the number of employees a company has. The federal agency offers more guidelines here and on its website, eeoc.gov.

Yet the differences between employees and independent contractors aren’t always clear-cut. It largely comes down to the degree of control exerted by the employer and the degree of independence retained by the worker. The anti-discrimination protections could apply to independent contractors if the nature of the work relationship indicates the person really was an employee, the EEOC said.

The Internal Revenue Service has a four-page form, SS-8, with more than 50 questions to guide businesses through the exercise. The IRS wants to know which party — employer or worker — should be responsible for paying payroll taxes and whether the company should withhold income tax.

Nevertheless, the dispute exposes some of the issues that people might want to think about if working as independent contractors or in other alternative job arrangements.

“If you’re an employee, you have protection; if you’re a contractor, you don’t,” Handshear said. “There’s a huge gap in the law — a lot of people aren’t protected and I don’t think most of them have a clue that they’re not protected.”

Read the full story at Employer discrimination: Independent contractors lack rights of others