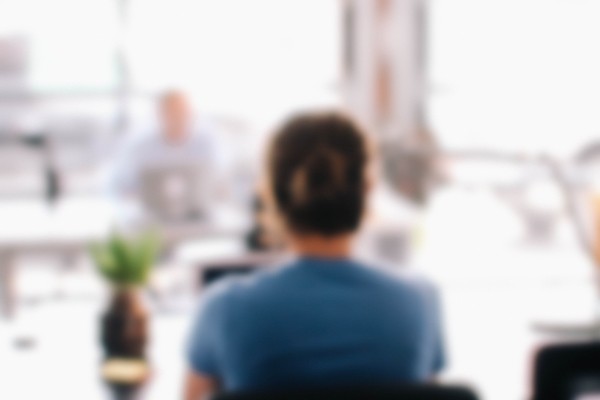 If you’re an employee, your boss tells you where, when and how to work. Every week or two, you get a paycheck minus withholdings for taxes and benefits.

If you’re a self-employed independent contractor, you are your own boss. You work for whomever you want, and decide when and how your work is done. You get paid by the job, and it’s up to you to pay income, Social Security and Medicare taxes.

But the lines between the two have gotten fuzzy as more companies farm out duties to contractors and more people leave the ranks of full-time employment to work for themselves.

Startups such as Uber, Lyft, TaskRabbit and Instacart have added to the confusion. All of them use legions of people to provide the ridesharing, housecleaning or grocery deliveries they offer.

The companies maintain the workers are independent contractors. But some of those individuals and their advocates claim they should be classified as employees because of how they work and because the businesses wouldn’t exist without them.

It’s not a minor quibble. Understanding the difference between working as an employee or independent contractor is important if you’re going into business for yourself. It’s also important if you’re job hunting and want to know if the position you’re after is contract work or a staff job with benefits and perks.

Companies started using more contingent workers, including independent contractors, before the recession as a way to control expenses. Workers are cheaper that way, because the employer doesn’t have to pay for benefits, Social Security and other related costs that are part of adding someone to the payroll.

The practice didn’t stop after the economy improved: companies of all sizes, from Silicon Valley startups to major corporations, continue to use contract labor – one reason the jobless rate took so long to return to pre-recession levels.

An estimated 53 million people in the country work as independent contractors or freelancers, according to a 2014 Freelancers Union survey.

But when companies intentionally or unintentionally treat contract workers like employees in every way but their job title, requiring that they perform tasks in certain ways and conditions, those workers are being misclassified, and as a result are denied benefits that in many cases they would be eligible for if they were on staff.Recent disputes over just such employee misclassification have led to lawsuits against Uber and other companies, and drawn the attention of state and federal regulators, who are starting to weigh in on the matter.

In June, for example, the California Labor Commission ruled a former Uber driver was an employee and therefore was eligible to have gas and other job-related expenses reimbursed.

In mid-July, the U.S. Labor Department’s Wage and Hour Division (WHD) issued guidelines elaborating on standards companies can use to determine if a worker should be considered an employee or independent contractor.The standards are partly based on an “economic realities” test that can help show if an individual is economically dependent on an employer or in business for him or herself.

“Misclassification is a serious issue, and the Department of Labor is right to go after the bad actors,” Sara Horowitz, founder and executive director of Freelancers Union, a professional group for writers and other independent contractors, said in a prepared statement.

“At the same time, we need to recognize freelancing as a viable way more and more Americans are choosing to work: 88 percent of freelancers say they would never go back to a traditional 9 (to) 5, even if they were offered one,” Horowitz said..”

Read the full story at Blurred lines: The distinction between employee and independent contractor is getting fuzzy

In response to Michelle’s article, Blanche Lincoln wrote a letter to the editor saying that there more independent workers than in past because workers are choosing to be independent.  Blance writes:

While that may be true for some, she missed a major explanation for why there are more independent workers today than in the past: The vast majority are independent by choice, and are very happy with what they do. According to a 2005 study by the Bureau of Labor Statistics, more than eight out of 10 independent contractors said they prefer independent work to a traditional job.

We at It’s My Business, which is made up of individuals and organizations that support the millions of people who are exercising their right to work for themselves, know that independent contractors choose to work as entrepreneurs because of the freedom, flexibility and satisfaction that comes from being your own boss. They are real estate agents, hairdressers, taxi drivers and many more, and they have grown in number from an estimated 10 million in 2006 to nearly 20 million today. The reason is simple: today’s workforce highly values the right to choose how they provide for themselves and their families. For many of them a 9-5 job just isn’t possible.

We commend Ms. Rafter’s suggestions on how independent contractors can promote their businesses and work with the companies that need their services. These tips are needed more than ever now, as bureaucrats at all levels are passing unnecessary rules that are making it harder for independent contractors to grow their businesses and create jobs for others.

It is time for a more balanced approach that appreciates the contributions of independent contractors – and stops government attempts to take away the rights of Americans to choose how they work.